Home > Shows > Up For A Chat > UC 296: Glyphosate and Roundup causing a train wreck with our health with Cyndi O’Meara

UC 296: Glyphosate and Roundup causing a train wreck with our health with Cyndi O’Meara

On July 17th 2018 The Up For A Chatters interviewed the author of WhiteWash, Carey Gillam.  That interview was a prelude to today’s podcast.  While Carey’s interview and book is about the corruption, greed and political issues with Monsanto and Roundup, Cyndi continues the story of roundup, going through the history, the health effects and the food that glyphosate is now found in.  But Cyndi doesn’t leave you hanging in the last 20 minutes she gives you the answers to fight back against eating food with glyphosate as well as giving you the tools in order to let your town councils that it is not OK to continue to spray roundup on our parks and streets.

Cyndi’s Letter to the council –

I would like to reiterate that 10 years seems far too long to stop using a herbicide on our streets, sportsgrounds, dog parks, playgrounds and parklands that has been linked to non Hodgkin’s Lymphoma.  I’ve sent this email to my solicitor as I feel that if the council gets this information, knows this information, then it is negligence on their part if they continue to spray roundup and glyphosate on the Sunshine Coast.  When I get fined by the council for parking in the wrong place or having a dog on the beach without a lead then I’m told that ignorance is not reason for cancelling the fine.  It’s with this in mind that I want our Mayor to know that ignorance will not be tolerated by the citizens of the Sunshine Coast and I’ll be guided by the law as to what to do, if ignorance is the only reason glyphosate is still being sprayed.

I have alerted our local ABC radio station that Carey Gillam the author of Whitewash (on Monsanto and Roundup) will be in Australia.  She will be on radio sometime this week.  Here are some of her articles and the trial happening in the US against Monsanto and the link of Roundup to Non Hodgkin’s Lymphoma

Here is an interesting piece:

The history of glyphosate.

1969 patent as a herbicide stopping shikimate pathway (which requires the mineral Manganese), in bacteria fungi and plants stopping tyrosine, tryptophan, phenylalanine coenzyme Q10 and folic acid being produced.  Therefore we don’t get these important minerals and our gut bacteria stops making it for us.

1996 Patent for Roundup ready crops allowing this chemical to be sprayed on our foods, so we are not only ingesting it but being exposed to it in the environment. 0.7ppm in ingested water causes Kidney damage.

2000 Used as a desiccant just before harvest on wheat, grain, legumes, seeds, as well as sprayed through fruit and nut groves.  More foods with glyphosate in it, that are ingested at every meal.

2010 patent as an antibiotic.  – this is very disturbing, considering our need for soil bacteria and gut bacteria to have healthy food and a healthy body.

I’ve attached a summary of problems with glyphosate by Dr Stephanie Seneff.  I’ve already sent this to the council, but they don’t seem to be reading and taking action.

I’ve also attached a report by Rosemary Mason, this is worth a read.

The following  link shows the destruction glyphosate is having on the human microbiome by Stephanie Seneff.

Here is an interview regarding glyphosate; when the scientist is asked which would he prefer DDT or glyphosate? –  he says hands down DDT (this is a banned chemical)

If you want to learn more about agriculture and the use of lignite and peat in solving our eroding soils as well as using an alternative to glyphosate go to https://contactorganics.com.au    Another alternative that councils have trialed is Slasher (pine oil), it works at the seed level rather than the biochemical level.  Think about a pine forest there is very little vegetation due to the pine oil.

I’ve also attached a 20 page report just put out by Sustainability – a worth while read.

And finally the following is a food testing report for glyphosate.  It is not pretty, remember that this is an American publication, but it will be similar in Australia as products with glyphosate are used extensively in agriculture and council and peoples back yards.

Rate payer and long term resident on the Sunshine Coast. 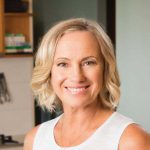 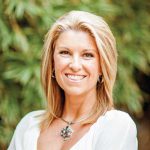