This Week In Wellness a vegan couple who fed their children on a strict and insufficient diet have had their three children removed from them after they were found to be malnourished and suffering from Rickets. The couple have avoided jail time but have been sentenced to 300 hours of community service with the judge labelling their parenting as “reckless” and stated that “the abandonment of parental responsibility cannot be excused”.

Their 20 month old daughter had been fed a strict vegan diet of just oats, bread and a few mouthfuls of vegetables and weighed in at just 4.89kg. She was malnourished, her growth was stunted, her bones brittle and her motor skills were poorly developed. 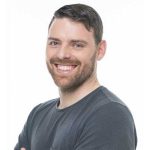