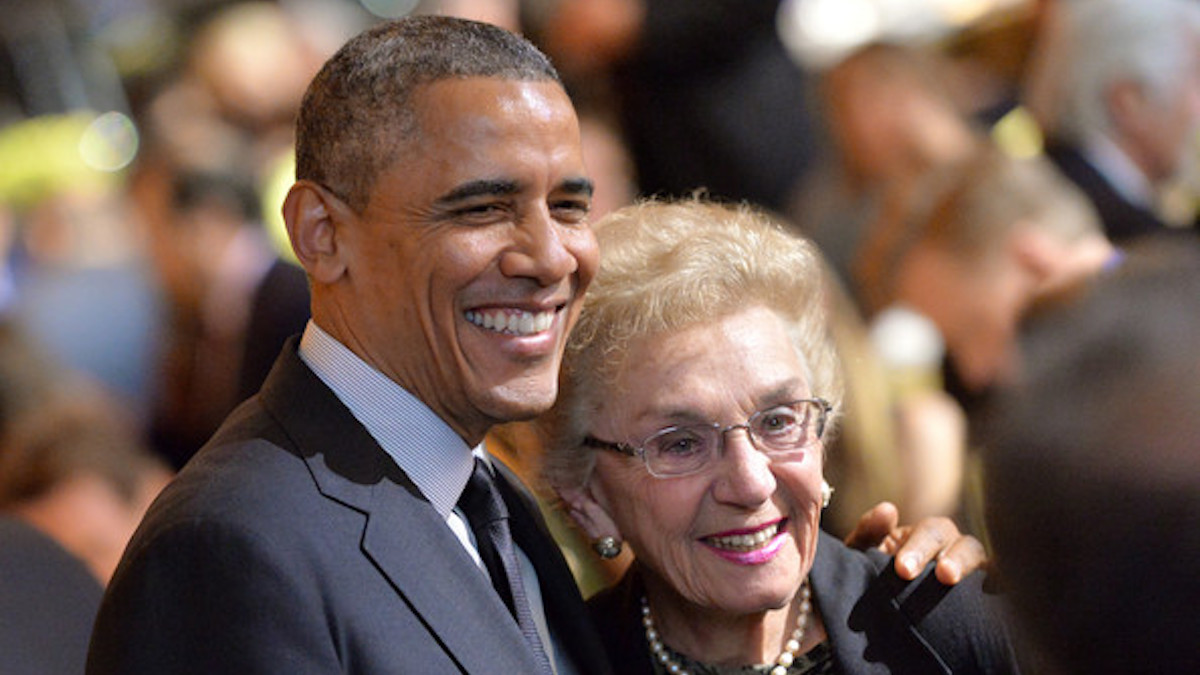 This is part two of our interview with Holocaust survivor and Schindler Jew, Celina Biniaz.

Click here to listen to part one of the interview.

Celina was born in Krakow, Poland on May 28 1931. She is one of the last living survivors of Schindler’s List – the list of 1098 Jewish men, women and children who, more than 72 years ago, were saved from the Nazis and the Holocaust largely due to the humanity of Oskar Schindler. This story was captured in Tom Keneally’s 1982 Booker Prize winning book, Schindler’s Ark. In 1993, Steve Spielberg captured the story in the award-winning movie, Schindler’s List.

In Celina’s own words … Oscar Schindler saved her life, and Steven Spielberg, who directed the 8-time Oscar Award Winning movie, gave her a voice.

You can learn more about Celina in this article.

This interview begins with a recital of “Auschwitz”, a poem written by Celina shortly after the 70th Anniversary of the Liberation in 2015.

This interview will continue on the next episode of 100 Not Out, which will also feature Celina reciting her collection of poems.

To find out more about Damian: www.damiankristof.com.

To find out more about Marcus: www.marcuspearce.com.au.