Every now and then I get blown away by some the achievements of my guests who I interview on this podcast.  None more so than this young lady, school girl Maddy Birt, who has launched a social media campaign called Hug the Helpers to help raise awareness for the plight of some of our emergency services staff who are often abused and assaulted by the very people they are trying to help.

It all started with an idea for a school project.  Something that would make a difference to peoples lives.  Never did she imagine that her idea would capture the hearts of so many people both here in Australia, and all over the world.  Way to go Madddy!

To help Maddy spread her Hug the Helpers campaign and create this much needed awareness, just visit her Facebook page at facebook.com/hugthehelpers.

About The Healthy Shift Worker 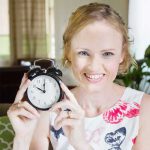