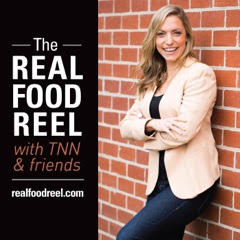 In Episode 10 of The Real Food Reel, we are joined by none other than Tim Noakes. Tim Noakes is a South African professor of exercise and sports science at the University of Cape Town. He is famous for his 1986 book “Lore of Running”, in which he dedicated a whole chapter to the importance of carbohydrates, promoting its benefits to runners and other athletes.

As most of you will know, his stance has now strongly changed and he is one of the world’s most famous LCHF supporters. Tim’s most recent book, The Real Meal Revolution is based on this approach and is taking South Africa and the world by storm. The Real Meal Revolution has been on the South African national best sellers list for 20 weeks and has sold over 160,000 copies.

Today on the reel Tim and I chat all things LCHF and endurance performance, and Tim shares his thoughts around nutrition and high-intensity training and racing. We dive in deep to The Noakes Foundation, where Tim’s research is heading now he is “retired”, and Tim drops a bombshell and tells us who he believes will win the next Nobel Prize!

Press play now and learn from one of the best in the business.