Jan Smith is aiming to become the oldest woman ever to climb the seven highest mountains on the seven continents of planet Earth.

She climbed Everest on her 68th birthday, and has gone on to climb peaks in Russia, Antarctica, Papua New Guinea, South American and Africa, with only Alaska’s Mt Denali eluding her.

Having made two attempts so far, Jan has suffered numerous setbacks in her bid to claim the record. A diabetes diagnosis and a severe case of the Buruli ulcer have thwarted her attempts to complete the 7 Peaks by the age of 70.

However, if Jan can climb Denali on or before her 75th birthday on May 26, she’ll have climbed the 7 peaks in 7 years – a truly remarkable effort.

How does 10 days on the “island where people forget to die” sound in 2019? Returning for the third time, Damian and Marcus descend on Ikaria on September 4 for 10 days of the longevity lifestyle.

Spaces are filling up to join them, with a maximum of 20 people only on the group. Applications and all information can be found at www.100notout.com 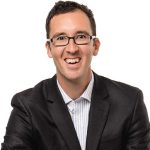 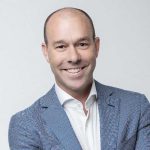